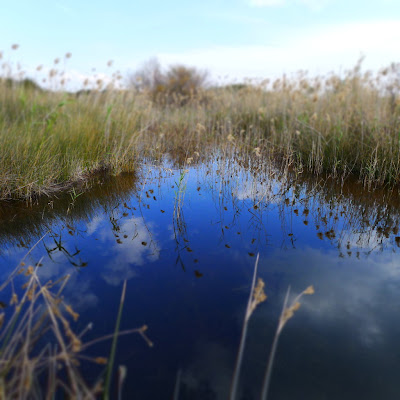 days five, six and seven were spent in syracuse/ortygia, at the vendicari nature preserve, and briefly in noto (pictures for noto will be in part three). syracuse really has two primary areas to see, syracuse itself (which has greek ruins) and a tiny island off its coast called ortygia (which has pretty much everything else). syracuse has a tremendous history--it has been "occupied" by phoenecians, carthaginians, greeks, romans, arabs/moors/saracens, normans, and now italians. actually, that's the whole history of sicily, too--it's just more apparent in syracuse. homer wrote about it in "the iliad," which reminds me that i need to do some remedial reading soon... 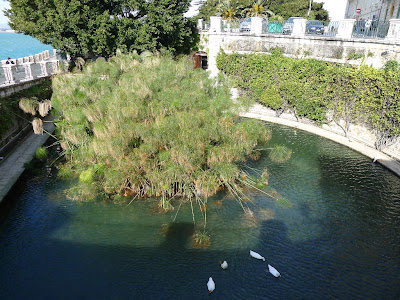 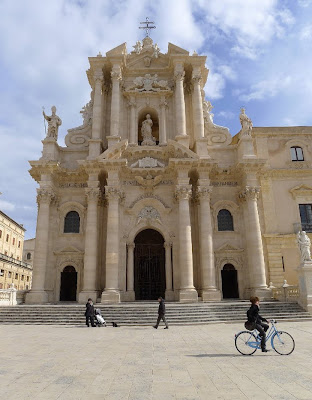 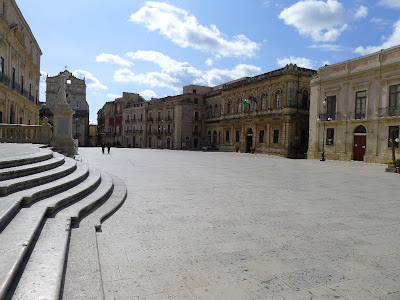 the piazza in front of the duomo--lovely baroque space 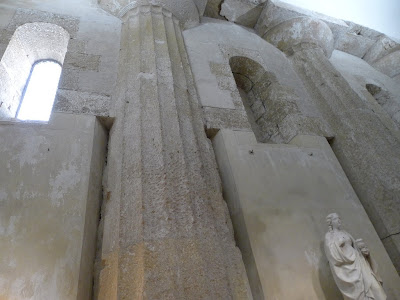 interior, il duomo--you can see the 5th c BC temple integrated into the structure 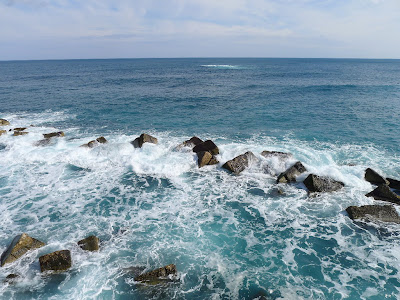 coast off of ortygia 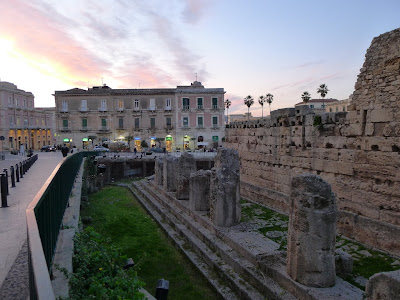 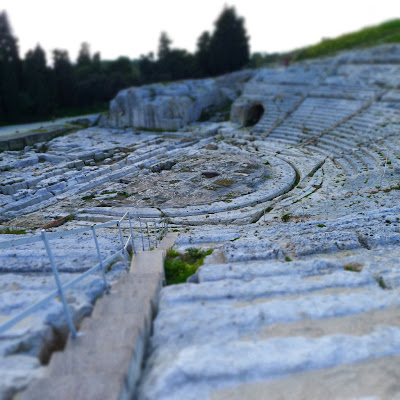 back onto mainland syracuse: this is the greek theatre, still in use today 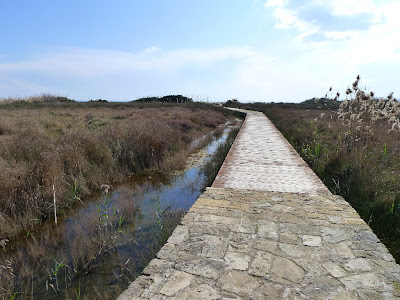 the vendicari! it is an incredibly beautiful place, and amazing because it exists--it is one of the only unspoiled, protected patches of pure coastline left in sicily 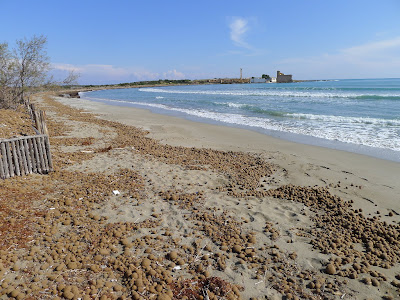 vendicari beach with old tuna cannery in the background--i have absolutely no idea what those plant-like, ball-shaped things are all over the beach, but unfortunately they were interspersed with a disturbing number of syringes. not sure if they washed up from north africa or another part of sicily. 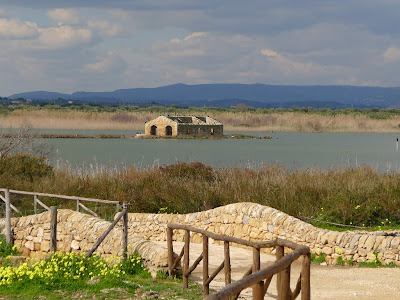 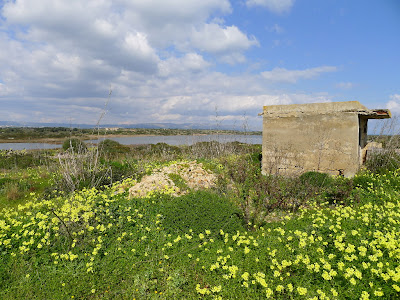 ruin and clover at the vendicari 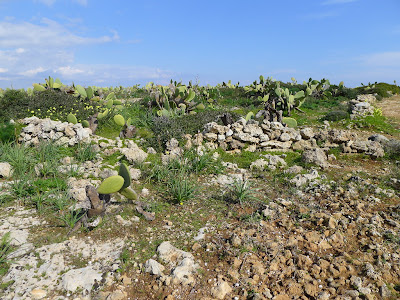 parts of the vendicari reminded me of new mexico--i think it's the prickly pear, which is an invasive species there 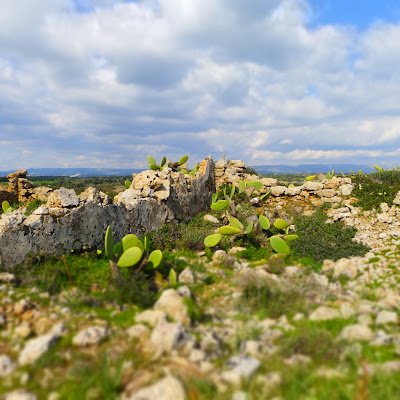 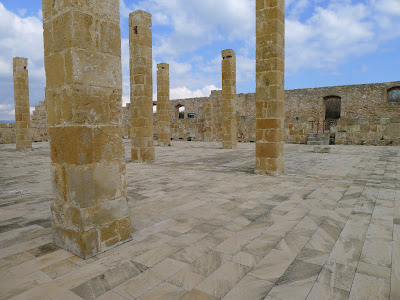 the old tunnery, which i think is a word
Posted by lost in the triangle at 8:59 PM No comments: 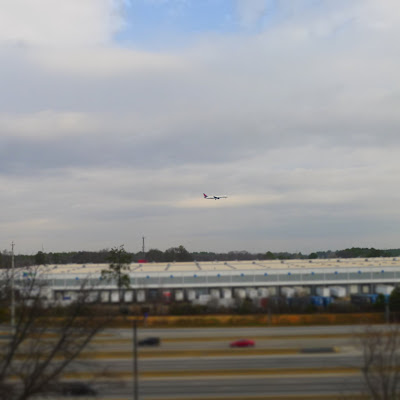 the view from my hotel window in atlanta (elwood blues was right: the planes flew by so often that after a while you really don't hear them)

for the past three christmases, rich has given me the tremendous gift of letting me go anywhere i want to go for one week in february while he stays home with the kids, and this year i picked sicily. i had never been there before and the journey didn't disappoint--it took 60 hours to get there because of snow in rome (!) and it kind of continued in that vein for the rest of the trip. it wasn't relaxing but it was quite an adventure.

and, as mentioned earlier, i've got a new camera so i'm abusing the tilt-shift feature something terrible. apologies in advance...

day three (days one and two were in hotlanta then on planes): rome (12 hour layover), then catania late at night 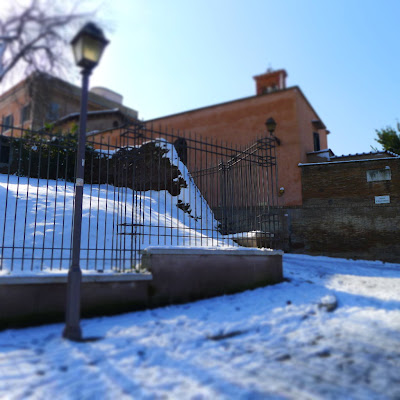 clivo dei publicii, 2. this is the top of the aventino hill in rome and a side-view of the convent i lived in with 39 other lovely people in the fall of 1988 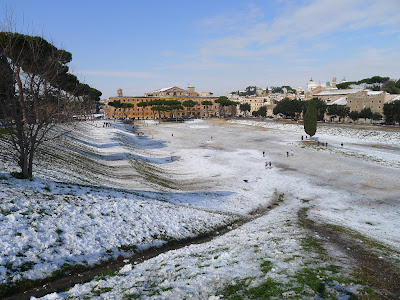 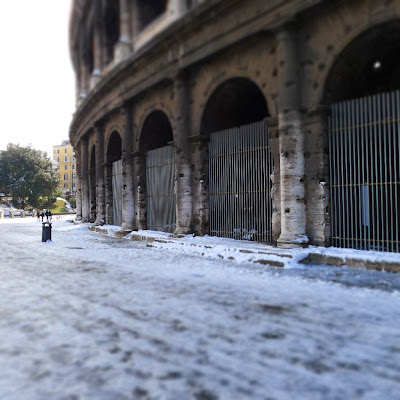 the colosseum in snow 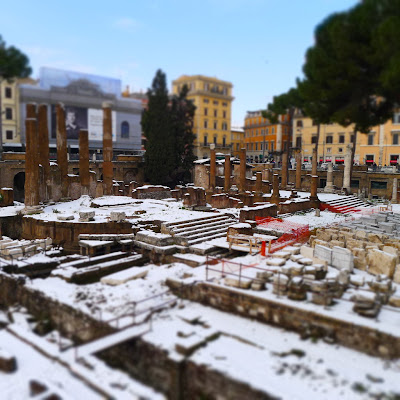 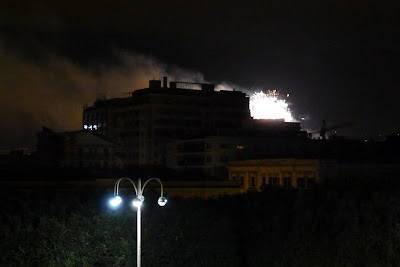 amazingly, i was awake at 4:00 in the morning when these fireworks went off in catania (for the feast of st. agatha) 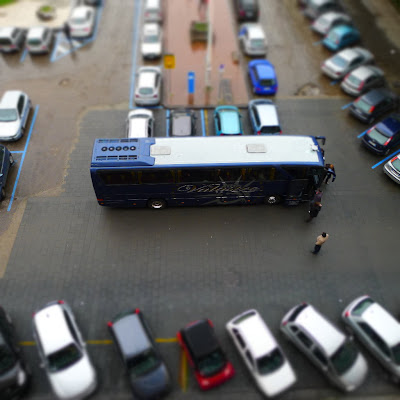 view from the hotel window 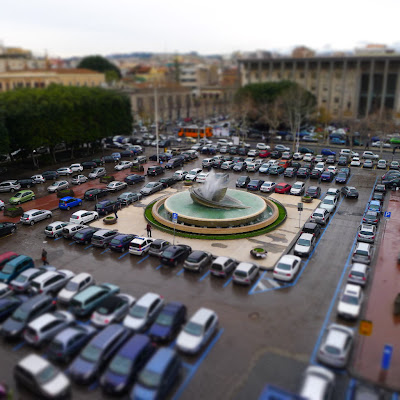 another view--seriously, i'm way into the tilt-shift 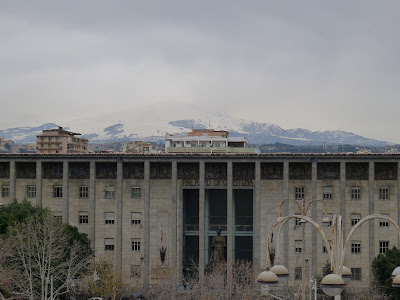 it is tough to see, but if you look closely at the top center of this photo you can see the tip of mt. etna, which was smoking beautifully this morning--it erupted just a few hours later (and closed the airport for the day). and how brave am i for staying across the street from the palazzo di giustizia, which has a tendency to get blown up during mafia trials? 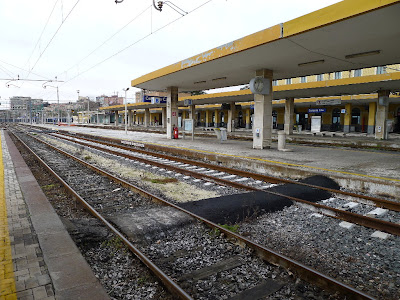 catania centrale train station, which, odd for the second largest city in sicily, had a bit of an end-of-the-world vibe going on but was needed to get to... 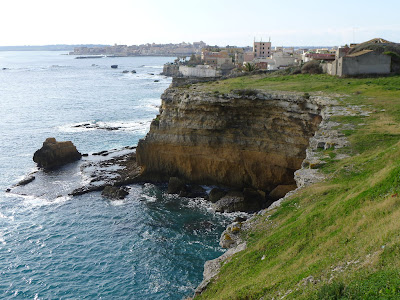 look for part two soon...
Posted by lost in the triangle at 8:01 PM No comments: