i'm pretty sure cheerios weren't meant for this life 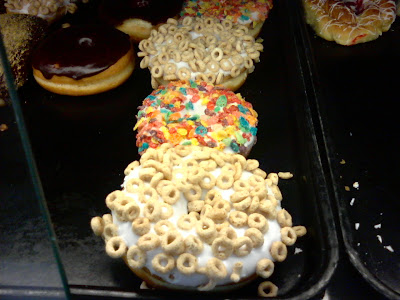 but does it still lower your cholesterol?

seriously, you gotta love iowa--it's cold as fuck five months a year but this kind of sugar-coma-disguised-as-a-meal can become just addictive enough to get even the least winter-worthy souls to haul their ass outta bed and punish their livers in a non-liquid fashion. 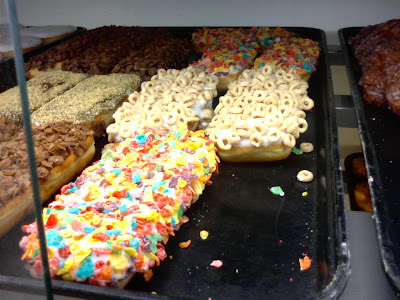 FYI: i almost got myself banned from the coralville hy-vee for shooting these pix. and without the hy-vee where would i get my ridiculously cheap wine, which is my preferred source of liver punishment? i definitely got many the iowa evil eye from those in the bakery department.
i'm so patenting the phrase "iowa evil eye."
Posted by lost in the triangle at 4:41 AM No comments: Links to this post 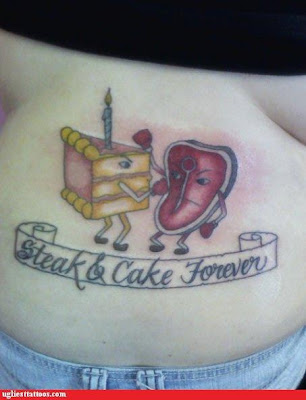 i'm not sure what this tattoo means, but i sent my father-in-law and his wife a christmas gift from omaha steaks titled exactly this. i don't think i've ever enjoyed a meal that necessitated a tattoo to commemorate it, and i'd like to think i've had some pretty good grub in my life. apparently i have not experienced the nirvana that is steak and cake.

in any event, i hope she at least gets a discount from the steak place.
Posted by lost in the triangle at 4:18 PM No comments: Links to this post 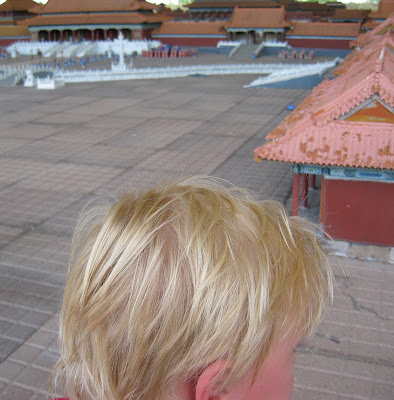 flashback to july 2005: a sweaty boy and his equally sweaty mother (not pictured) out in 100+ degree weather experiencing the forbidden gardens in katy, texas

it is with great sadness that i read about the upcoming closure of forbidden gardens on swamplot. and its reason for closing is as absurd as any other in the ephemeral city that is houston: urban planners have decreed the need for a parkway to alleviate traffic, or as swamplot cleverly proclaims, to facilitate cultural exchange programs between the katy mills mall and the houston premium outlets in cypress. the houston chronicle has a bit to say about it, too. c'est la vie.

forbidden gardens is, in short, a 1/20th scale recreation of the forbidden city in beijing, china and a 1/3rd recreation of the tomb of emperor qin shi huang-di. each of the 6000 little terracotta warriors were made by hand to represent an individual person. it was financed by hong kong ex-pat and seriously reclusive businessman ira poon, who recognized a little of his homeland in the rice fields of katy (and who had a singularly impressive vision for a site). $20 million dollars later, the 108-acre forbidden gardens was born. it is site-specific and will therefore be destroyed once deinstalled; i'd love to know when the terracotta figures are going to be auctioned off as i could certainly use one here in the triangle.

if you are in the houston/katy area and have any interest at all in seeing this quite-cool-and-soon-to-be-gone installation, go by before january 30! 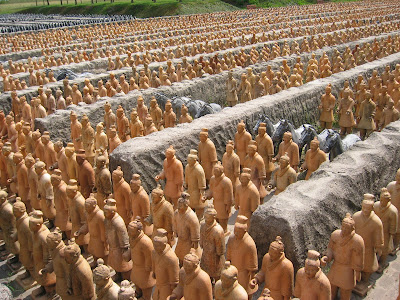 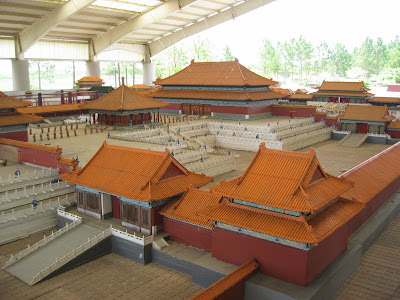 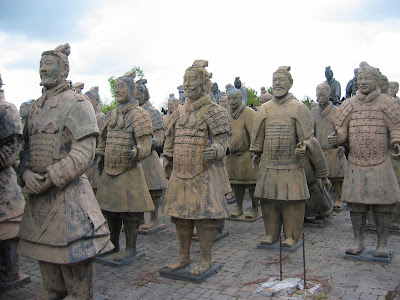 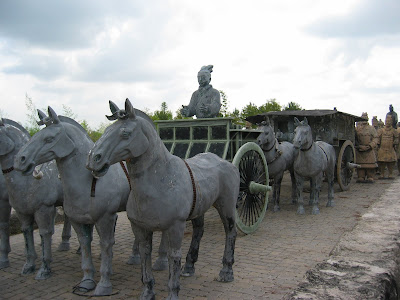 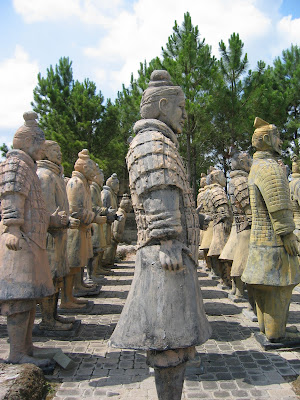 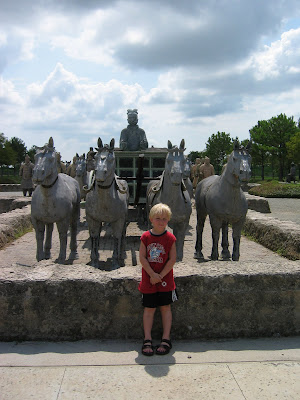 Posted by lost in the triangle at 4:31 PM No comments: Links to this post

zoloft and lollipops. seriously--that's all it says: 1. zoloft and 2. lollipops. i should probably take this more seriously but i'm too busy laughing my ass off about it. on the plus side, i guess that means they're working...
Posted by lost in the triangle at 10:06 PM No comments: Links to this post 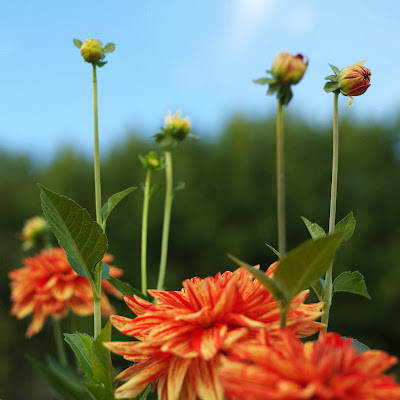 thinking of paris today, and kinda berating myself for not working on these images sooner. i have a new series--jardin des plantes--that i shot while there and i think it might be pretty spectacular. the above is an example; i hope the images work together as well as i think they will. it should go up on argus gallery in the near future...and i totally don't trust myself to specify a date considering it took me four months to get just one image online. all i can say with reasonable certainty is that i will post more later!
Posted by lost in the triangle at 8:48 AM 1 comment: Links to this post

i will be with you again...

Posted by lost in the triangle at 11:25 AM No comments: Links to this post