maybe i am being a little too harsh with gus

(this afternoon, in the car) 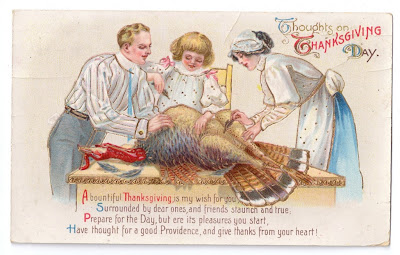 i'm not sure what kind of turkey needs this type of attention, but this looks remarkably similar to how i was handled in ob/gyn 6 and 12 years ago at the UIHC.  FYI guys: no woman wants to receive this card.  EVER.

happy thanksgiving season!  an annual tradition at work here: displaying a few vintage postcards to make you scratch your head and wonder why on earth anyone would have ever sent these to their friends and loved ones.  or perhaps they weren't so loved--whatever.  enjoy! 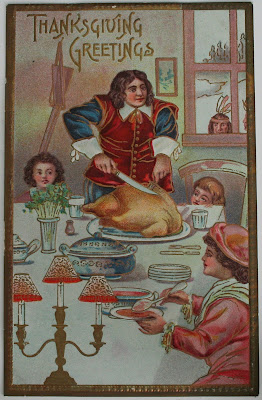 "dude! that new guy who just moved here has like a 20 pound turkey he's not sharing! i'm calling him sir heap shitty neighbor from now on." 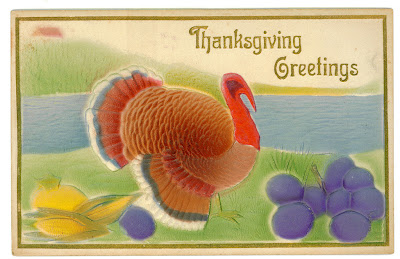 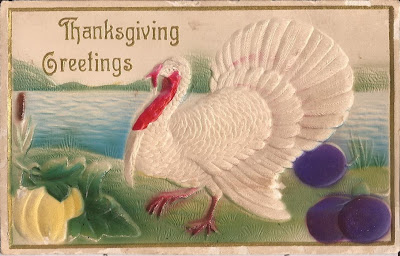 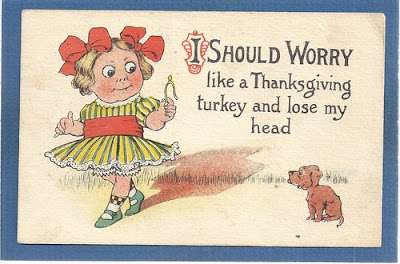 sometimes confusion is the best way to handle the holidays, and even the dog looks befuddled at this one 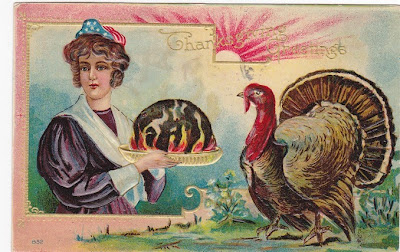 american maid holding a flaming...plate of molten lava? seriously, what is that? 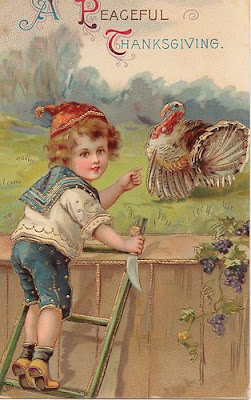 
and now for some international flavors: 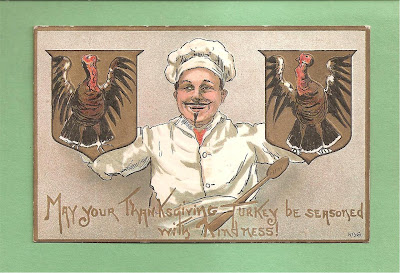 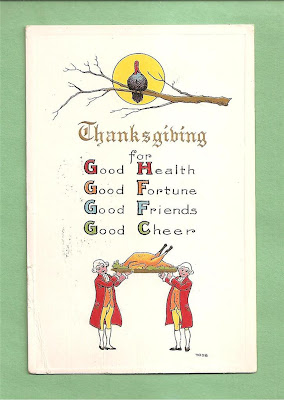 the british are coming!  and they've brought a dressed turkey. 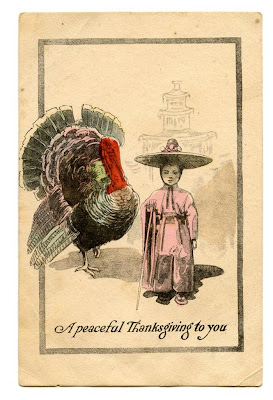 well, at least the turkey is accurate...although chinese turkey might be delicious 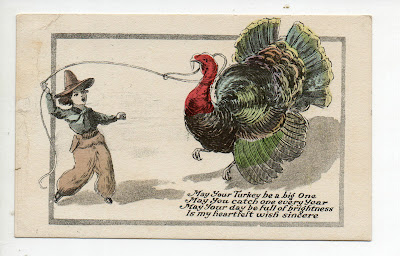 Posted by lost in the triangle at 4:26 PM No comments: Links to this post 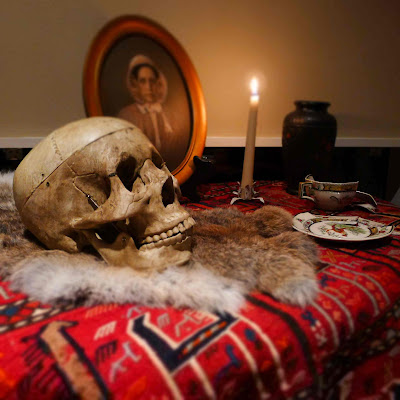 homage to great-aunt mathilde, who was murdered on hallowe'en night...
happy halloween! this year in the triangle we had a flappity bat, an escaped mental patient, fay wray with king kong hand 2.0 and a guy in a pumpkin shirt. we didn't have a ton of trick-or-treaters, but gus and sophie hit up the neighborhood for about 2 1/2 hours and brought in quite the haul. all kinds of halloween shenanigans abounded, culminating in the explosion of a 100+ pound pumpkin sometime around 10:00 pm...but no one called the cops--bonus! now the holiday recovery begins in earnest. 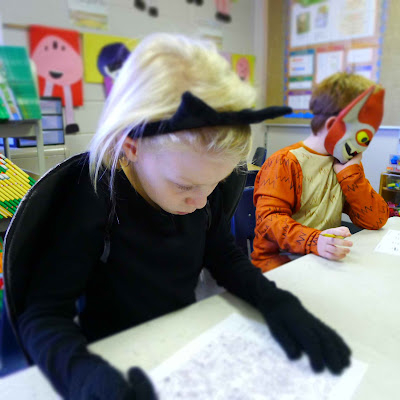 a flappity bat, hard at work 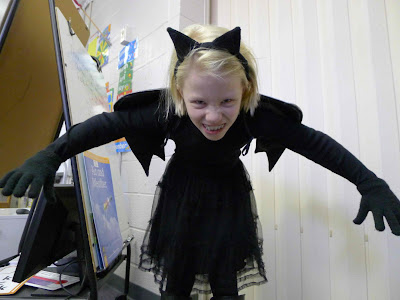 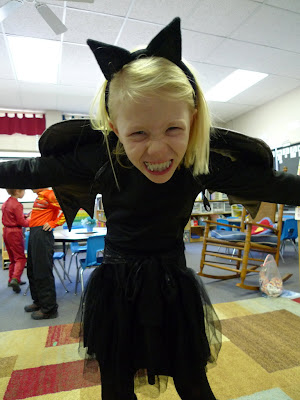 (amazingly, i shot almost the exact same picture of her last year!) 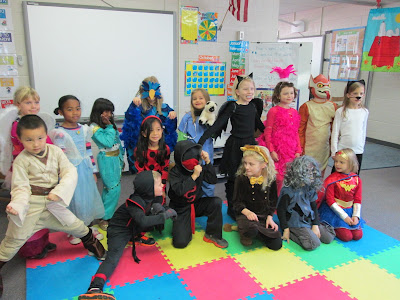 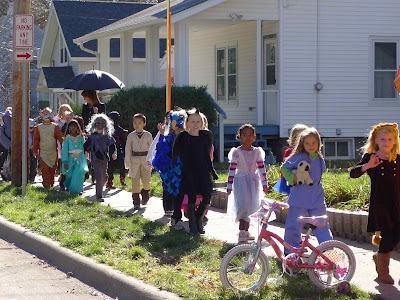 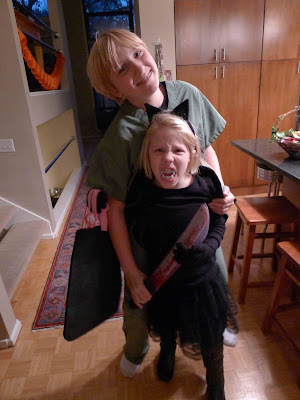 i'm not sure who should be more frightened in this picture 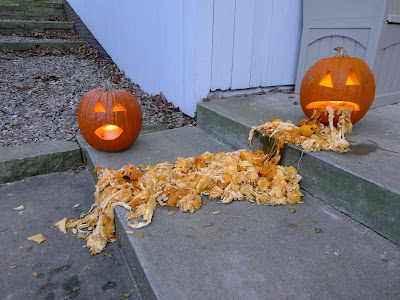 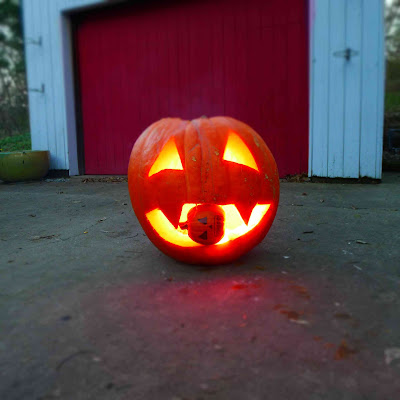 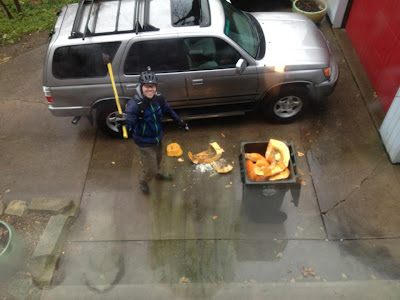 ...and this would be its final demise.  rich + axe = adios giant pumpkin!
Posted by lost in the triangle at 9:01 PM No comments: Links to this post