astrid and her ducks

she is absolutely determined to catch one... 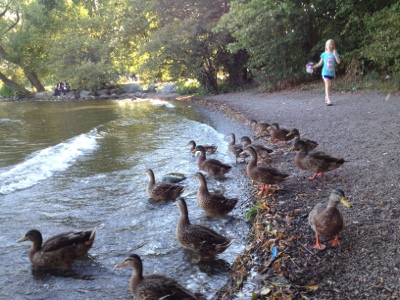 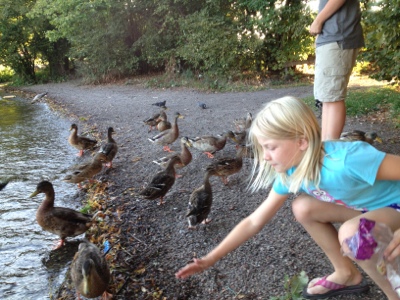 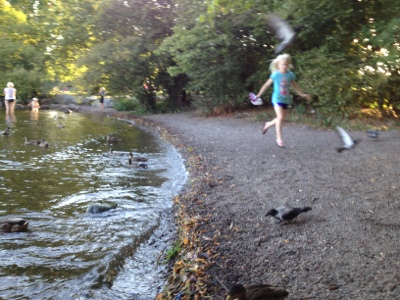 ...but the next best thing is to run through them and make them scatter! (i love the naked baby in the background.)
Posted by lost in the triangle at 1:08 AM 1 comment: Links to this post 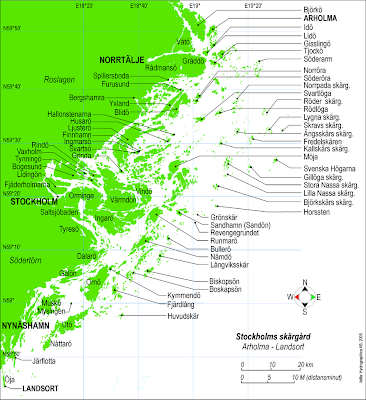 since we are living in kungsholmen, we are called "kungsholmenare," which definitely makes us proper stockholmare(s), and i've heard anything off the main city islands doesn't count...although i'm not sure people living on södermalm would agree.

today was the first PTA meeting of gus and astrid's school. it was tremendous--i met parents from hungary, italy, france, swedes who had been living in america and australia, denmark, the netherlands, china, india, japan, korea, canada, the philippines, portugal, spain, ukraine, russia, croatia, ethiopia, ukranians who had been living in tanzania, india, pakistan, kyrgyzstan, egyptians, and a few americans. it was wonderful, and i am a bit more than sad that the kids can't stay at this school for longer than a semester. this has already been a fantastic experience for everyone.

on sunday we were invited by one of rich's colleagues, rickard, to go sailing in the stockholm archipelago. it was a beautiful, clear, warm day that, from what we've been repeatedly told, will probably not happen again very often this year. we've tried to take advantage of every pretty day we've had--and there have been quite a few--but sunday was truly gorgeous. we went from vaxholm to grinda and swam in the baltic sea. lovely. 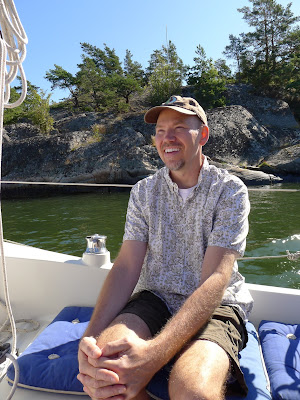 i haven't seen rich this relaxed in a loooooong time 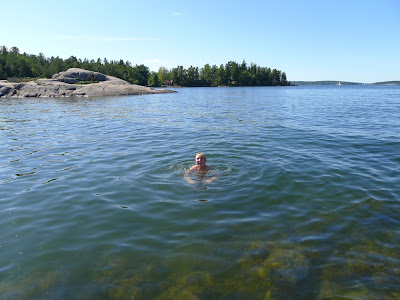 gus, swimming in the baltic sea 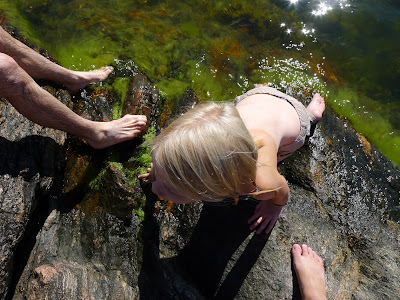 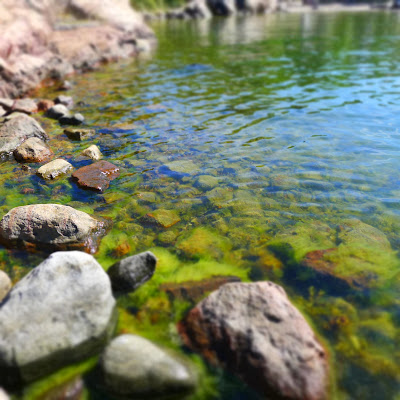 the water was incredibly clear 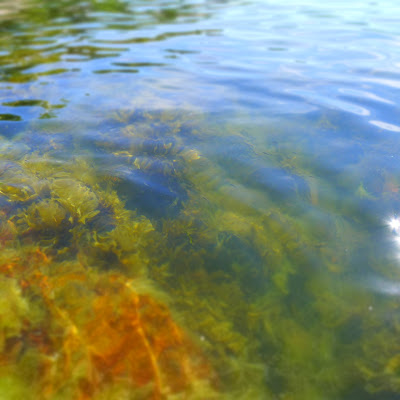 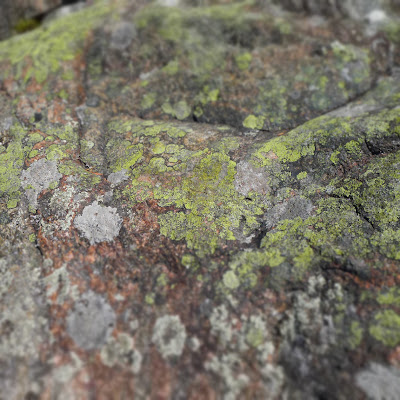 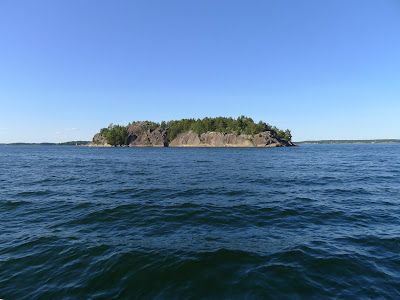 one of 10-20-30,000 islands (depending on the source) that make up the stockholm archipelago 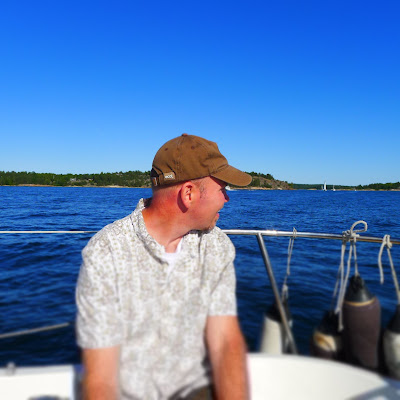 
Posted by lost in the triangle at 1:28 PM No comments: Links to this post

kids on the subway...

...on their way to the first full day of school.  mom freaking out more than a little (kids, of course, are fine).  and off we go! 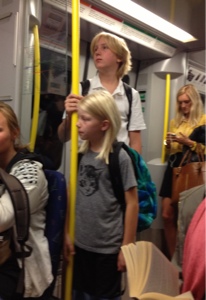 Posted by lost in the triangle at 12:50 AM No comments: Links to this post

i have a feeling we are going to be very sad to leave this place...astrid and gus' school seems quite marvelous.  kids/families from all over the globe--it is a true international school.  go ISSR! 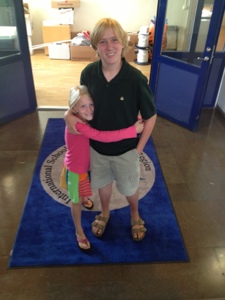 Posted by lost in the triangle at 11:29 AM No comments: Links to this post

after much anticipation and much planning, we've finally gotten to stockholm to start our 6-month adventure!  the flight was fine, the luggage arrived with us, and the apartment is petite but lovely.  everyone is starting to physically feel better--the jet lag caught all of us a bit--and overall we're adapting beautifully.  rich needed about three minutes to become fully swedish (gus and sophie needed about ten)--those genes are tenacious.  i've still got some work to do...

near our apartment is the southern coast of kungsholmen, which is an absolutely lovely space.  sophie literally jumped right in to life here.  more later! 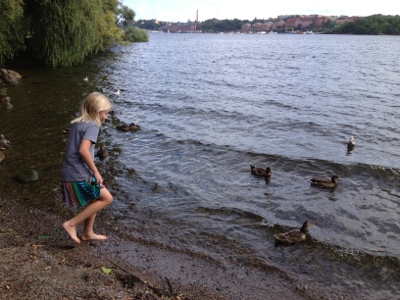 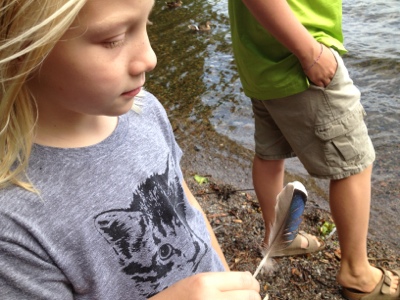 duck feather and contemplative sophie (with trepidatious gus in the background) 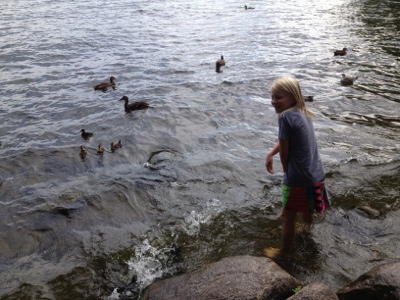 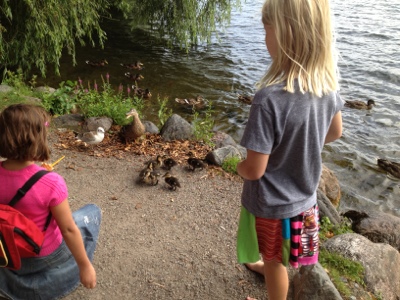 she settled for a human friend instead :)