he saved the best for last 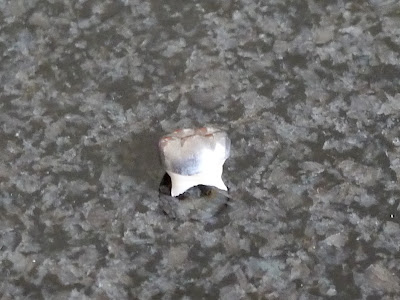 look at the points on this thing--is he part shark?

gus' last baby tooth fell out last night, and he is overjoyed--as he put it, "i'm one step closer to becoming a man..." rich told him he'd have to grow hair on his privates for that to really be true. way to kill the mood, darling. it was gus' silver tooth, which he'd had since he was 4--he basically had a mini-root canal procedure done on it because of a really deep cavity. but now it's gone and with it all of his baby teeth! i'm guessing his wisdom teeth will have to go someday as well, but as of now he's lost all the teeth he's ever going to lose, naturally.

way to go gus!
Posted by lost in the triangle at 12:27 PM No comments: Links to this post 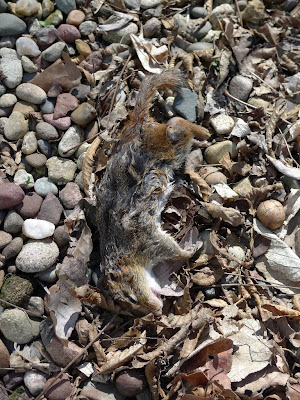 paco and his jaws of death forced another lesson upon us yesterday:

he who hesitates is lost.

learning the facts of life

there are many cold, hard facts of life that exist to help us try and make sense of the world:

a good man is hard to find.

nothing is certain but death and taxes.

if something seems too good to be true, it usually is.

the more you learn, the less you know.

and here at the triangle, we've discovered another one:

sea monkeys are real, and they are cannibals.

santa brought gus and sophie some sea monkeys this year, which we dutifully grew and nurtured from teeny-weeny eggs to itty-bitty-wiggly critters to blood-thirsty soldiers from hell. we fed them plenty of algae or whatever the powdered green sea monkey food is...they just preferred to eat each other. at first i thought they were trying to reproduce (they might have been doing that as well), but we were seeing clusters of sea monkeys like all the time...and no babies. after taking a good look at the monkeyclumps and realizing that the monkey in the middle was no longer amongst the living and the other five monkeys were feasting on its corpse, i made a parental decision to free the sea monkeys. this weekend, we solemnly (and gladly) released the beasts into the iowa river. gus said a memorial to them while i'm sure they were screaming, "FREEDOM! HORRIBLE FREEDOM!" but, alas, the sea monkeys had to go.

sea monkeys are pretty tasty on toast triangles with capers...and they think so, too
Posted by lost in the triangle at 8:44 PM No comments: Links to this post 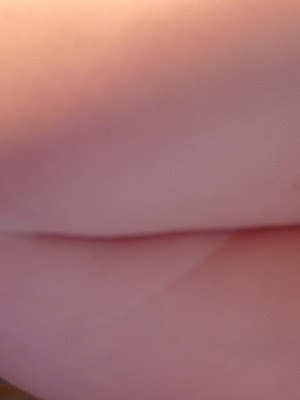 me, after downloading pictures onto my computer: "rich, goddamnit, do NOT use my camera to take pictures of ass! whose ass is this anyway? why is it on my camera?"

rich, giggling: "talk to your son. it was his idea."

rich: "could you be more of an oldest child? learn to share!"

me: "there's ass on my camera. i'm distraught."

rich: "gus thought you'd think it was funny--i told him you wouldn't. do you really think it's an ass? he must have done it pretty good then."

rich: "it's his elbow, the crook of his arm as it were. april fool's!"

THEY TOTALLY GOT ME! 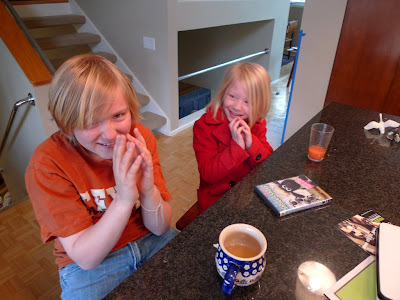 evil genius and his minion
Posted by lost in the triangle at 9:06 PM No comments: Links to this post

swallowed up by eagles 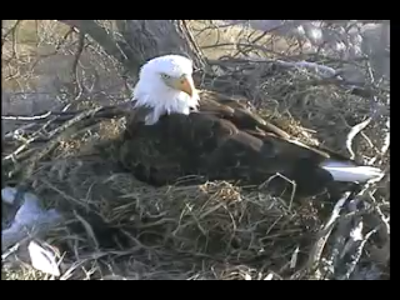 the entire family and i have been captivated to the point of obsession by the decorah eagles. robert anderson, who helped create the wonderful "american eagle" episode of nature that was shown on PBS, has installed a camera near an eagle's nest in far northwest iowa...and we've spent countless hours just watching this pair hatch their precious little eaglets. two have hatched so far and a third is expected any day; we've watched them devour a rabbit and now they have some kind of bird up there that they're munching on.

below are some screen shots from the past few days (sorry about the quality--the ipad screen is just a bit too big to get a clear picture from the streaming video). check them out today! 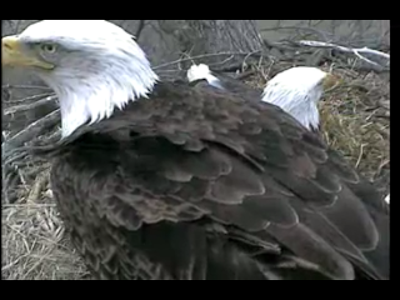 eagles on the nest (the female is in front) 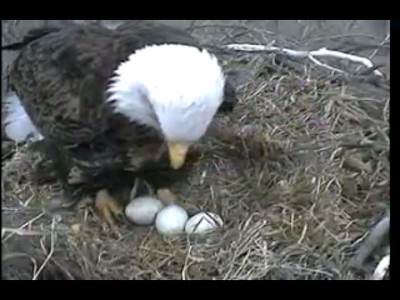 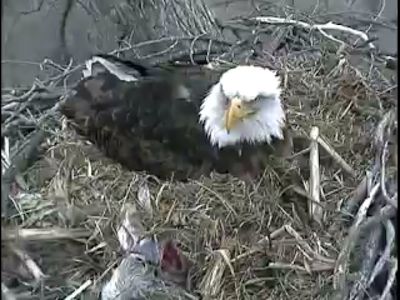 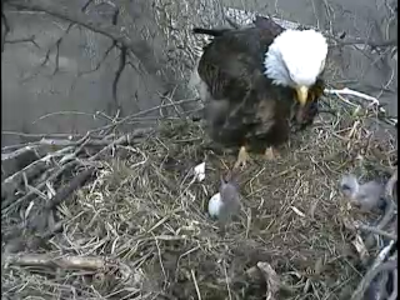 two little grey puffballs, one just next to daddy's right foot and the other way to his left--the one on his left accidentally bit daddy's eye, daddy shook his head, and by doing so he almost launched the baby 80 feet down out of the nest. it was harrowing, but mom came home and got everyone back where they were supposed to be. 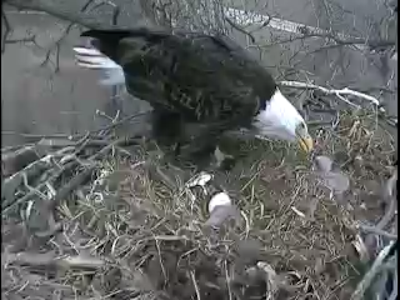 (dad was still feeding the baby after his accident--i think he was embarrassed.) 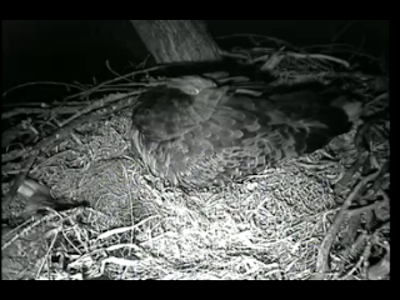 i don't know what i was expecting, but i truly didn't know that eagles slept with their heads under their wing like other birds--this makes them seem too bird-like or vulnerable, somehow.
Posted by lost in the triangle at 8:43 PM No comments: Links to this post