so here i am in new mexico, and i love it here. i do. it suits me very well to be here in los ranchos de albuquerque and just live my life. this was supposed to be my "pine box house," as in "the only way you are getting me out of here is in a pine box." and it was also something of a "pine box life" for me. i think, to some extent, that rich was hoping we'd be here long-term, too (and not for the pine box thing). but it has become increasingly apparent that this is not to be.

i have worked like a dog for the past three years to make sure things went as smoothly as possible for my family...at least so far as i could control. i think i was successful, to an extent, in having a happy home, hiring too many competent attorneys (and getting most valuable free legal advice from friends as well), making sure rich got out on his bike as often as he wanted, etc., but new mexico herself has just not cooperated (perhaps i failed to let her in on my plan?). for many, many reasons, few of which relate to me but all of which relate to people i love (rich, gus and sophie), we will be leaving new mexico rather sooner than later. and i am heartbroken.

when we move sometime this summer, it will be our eighth move in fifteen years; our tenth move since rich and i have been together. gus, at the ripe age of 9, will move into his sixth house; sophie her third. ironically, or rather sardonically, we get to keep the house here--it won't appraise so we're hanging on to it for a bit. we just can't live in it, which adds another layer of heartbreak. but i am trying to tell myself that it isn't all about the house...even though it is perfect.

the allen family bermuda triangle strikes again.
Posted by lost in the triangle at 9:02 AM 2 comments: Links to this post 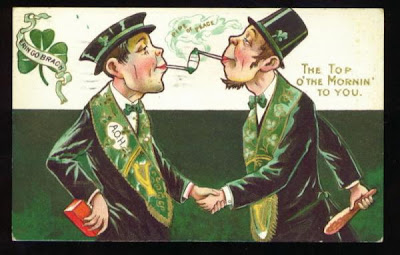 i love this card--smoking a peace pipe while hiding their weapons of mutual destruction behind their backs...i wonder how long it took them to put the smackdown on each other? 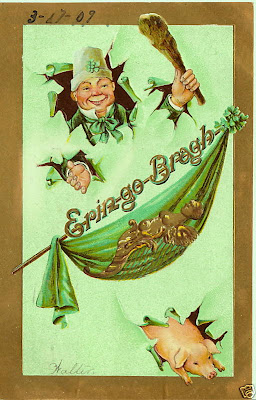 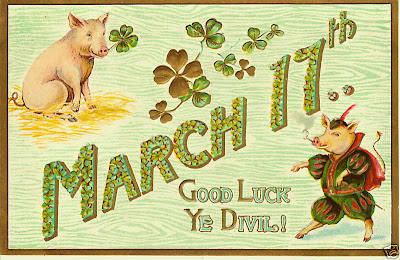 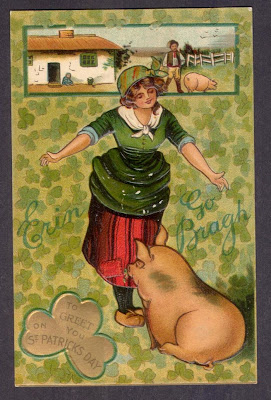 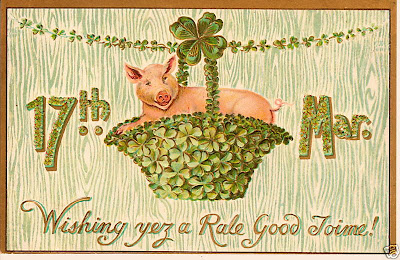 hard to say if this is written in gaelic or if the copy editor celebrated st. patrick's day before going to work...either way i kinda sound like this, too, after a tankard of guinness.
Posted by lost in the triangle at 1:19 PM No comments: Links to this post 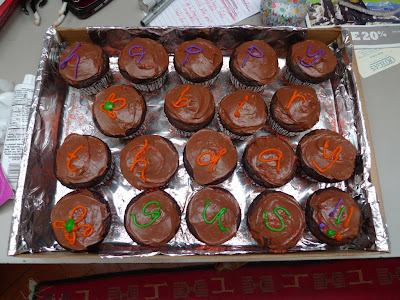 happy birthday most wonderful boy in the world! i love love love you and i hope you have a fantastic day. i'm making you a chocolate chip pie for dessert tonight!
Posted by lost in the triangle at 4:22 PM 1 comment: Links to this post 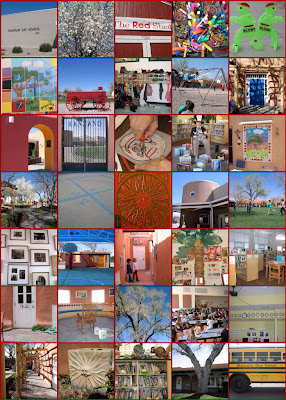 i do. i love my friends. i had to keep saying that to myself yesterday because one of them came to me, tears in her eyes, despair in her voice, wringing her hands in frustration over a school fundraising project--for the very same school that has made my son's life hell this year--and i helped her. i even did a good job. then she was happy, the angels sang, my halo was glowing, all that crap. and she's taking me out for a beer for payment, so yay me!

it was a good project, too--she had all the kids in her daughter's class take pictures around school then she was going to blow some of them up and frame them for the auction. the problem was that the kids' cameras were set on way too low of a setting to get enough information to make them any larger than 4 x 6. so i took all the images, ran them through mosaic maker (which i highly recommend), bought a one-week pass to get a super high resolution file, uploaded to shutterfly (who will make a border-to-border digital print without cropping, unlike most places) and voila! actual art made by actual kids (and one pissed-off parent who loves her friends).
Posted by lost in the triangle at 11:42 AM No comments: Links to this post 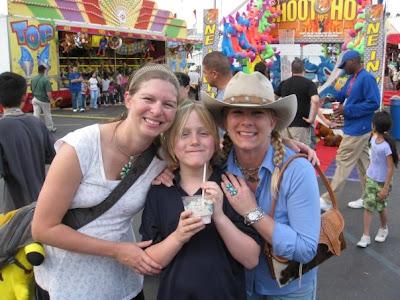 gus and the best aunts in the world

this time i stole them from lindsay's facebook postings; i think she'll be cool with it. these are of gus' houston trip and gus, jake, katie and lindsay's great adventure to the houston livestock show and rodeo last weekend! i don't think they ever got past the fairgrounds, though. gus loves his aunties so much, and was thoroughly spoiled rotten during his visit. what a lucky little boy. 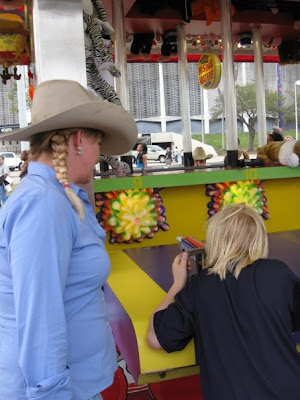 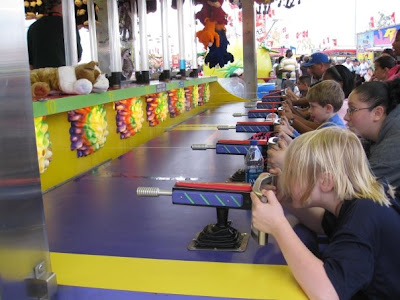 just what every quaker parent wants to see... 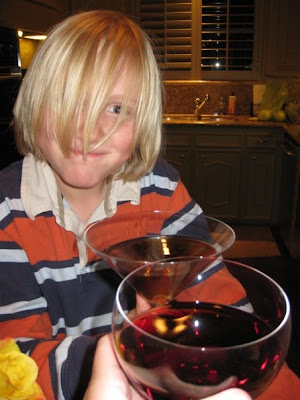 ...and this isn't alarming or anything, either 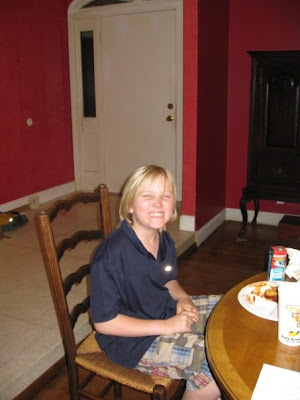 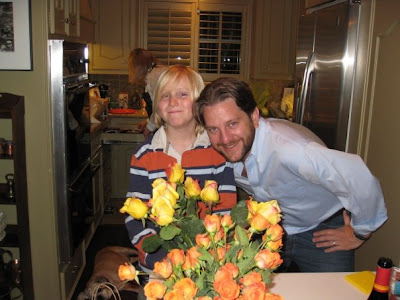 gus and his playmate, uncle jake--i think gus got a total of about 12 hours of sleep over the course of four days because they were having too much fun together!
Posted by lost in the triangle at 8:18 PM No comments: Links to this post

a bunch of disjointed stuff... 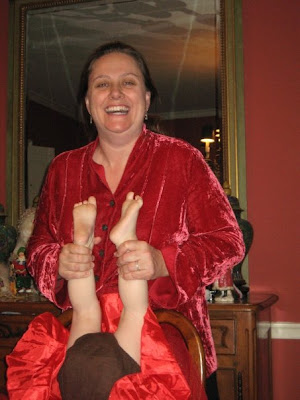 i swear i don't really do this to my children, and yes those really are my hands.

i tend to collect pictures from everywhere with great hopes of writing a coherent blog post to go with them, but sometimes i fail and i just have to give up and post the pix sans a story. hence a bunch of disjointed stuff. so here we go--first, images i ripped off from facebook: 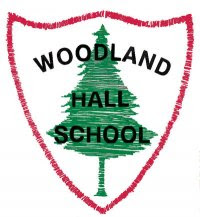 woodland hall! i almost died when i saw this--this is the crest sewn onto every uniform of the first school i ever went to. it was glorious. it was also a victim of houston's crazy need to constantly deny its history and build newer bigger better at any cost. it was next door to what is now the houstonian. 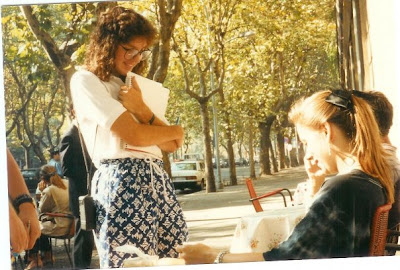 proof that i was a very different person twenty years ago: i was a bow head. it's true. and that's one big bow connected to my skinny hair. yikes. 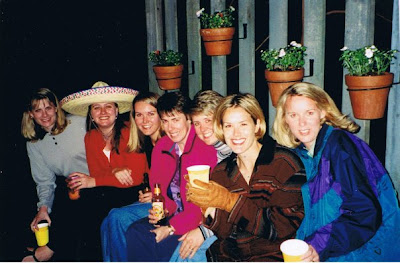 iowa girls! (i'm under the sombrero.) this was from the first or second cinco de mayo party at our house in iowa city, c. 1998. that poor house went underwater this past summer and will probably get flattened soon. 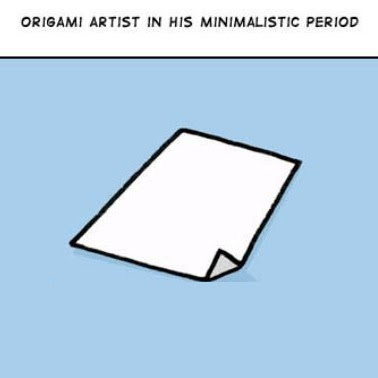 i'm sure this isn't nearly as entertaining to anyone else as it is to me. 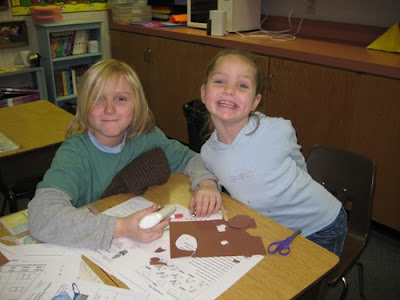 gus and his little buddy at school, taylor. they are such a good match. 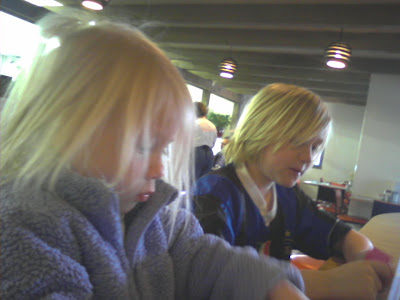 gus and sophie at duran's central pharmacy eating brunch on an E day. we reached an agreement with gus' school that he would no longer be in classes with the teacher he had so many problems with, so we spend every sixth school day at the counter of duran's. all three of us are enjoying it immensely and, to be honest, gus is getting a hell of a lot more out of the duran's experience than he would have in the class he is missing. 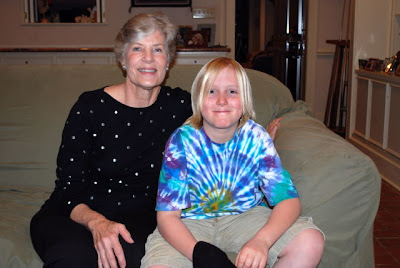 gus and sandy, his surrogate grandmother. sandy was our neighbor in houston when we lived there in 2000-2002. we LOVE sandy (and tom) and have missed her (and him) terribly for years. unfortunately, our old house got bulldozed and a mcmansion got built in its place...which totally messes up the feel of the street. again, houston's need to build newer bigger better. 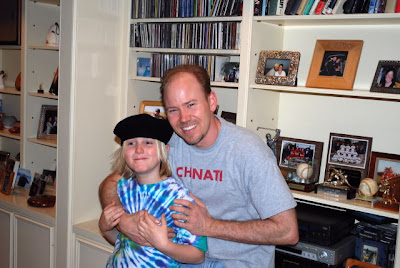 gus and daddy at sandy's house--sweet lid on my boy. 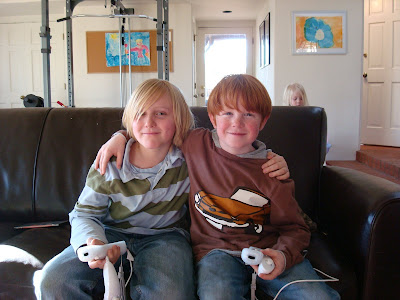 and finally, gus and his best friend, george, who moved back to england this past summer. he came back to town with his family for a quick ski holiday and we were lucky enough to host them here for an afternoon. we miss them terribly as well.
Posted by lost in the triangle at 1:28 AM No comments: Links to this post 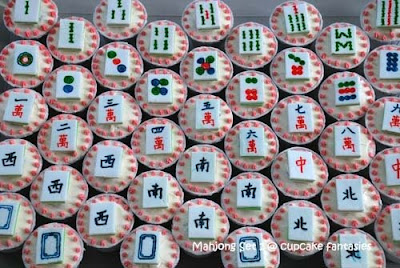 i wish we could be there with you! i hope you have a spectacular day and that you mahj early and often. i love you!!!
Posted by lost in the triangle at 10:13 AM No comments: Links to this post

jake is just too awesome for words. not only is he a wicked bitchin' husband to lindsay, but he is an exceptional musician to boot. he was on TV last night, in houston, with his band macadams (jake plays bass--and the guy shown below is not him):

you can see them here performing for the third episode of "live from sugarhill recording studios." you can also download the show FOR FREE from itunes--keyword search "live from sugarhill" and look for episode three on their podcast. they have a myspace page and are on facebook. check 'em out!
Posted by lost in the triangle at 1:57 AM 2 comments: Links to this post 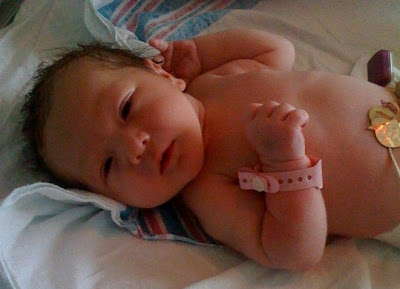 aaron and tracy are parents again; lauree and jerry are grandparents again; lindsay, amy and jake are auntied and uncled again. and quinn is now a big brother! welcome zoey patrice--such a pretty little girl with so much hair and a wonderful family who waited patiently to meet you!
Posted by lost in the triangle at 5:24 PM No comments: Links to this post 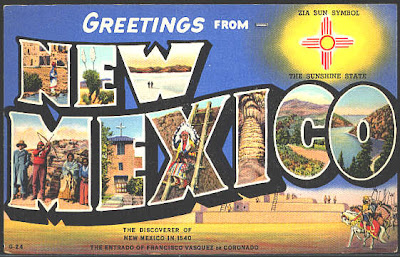 ...because i am really feeling like we have had far too few visitors out here. even though i just wrote a really disturbing blog post about bodies found on the west mesa, new mexico is a lovely place to visit. it is. it's the living here, for some, that can get rough. for a time we need people to come out here to us rather than us going to see y'all...so give me a call and come for a stay!
Posted by lost in the triangle at 6:58 PM No comments: Links to this post