after thoroughly enjoying ourselves at tammie and randy's ranch, we all headed out the next day for salinas pueblo missions national monument. it is in the estancia basin, to the southeast of albuquerque. salinas is made up of three major sites: gran quivera, abó, and quarai--quarai has the most intact cathedral ruins and was at one time in the mid-17th century the seat of the spanish inquisition for this part of the world. you would have been sent to quarai to be judged then sent to mexico city to be punished. yikes.

abó and gran quivera also have mission church ruins (gran quivera actually has two churches--one was unfinished). gran quivera even housed around 1500 people at one time in the early 17th century--i think about 15, maybe 20 people live near it now. famine, apache raids, and fighting between the catholic church and spanish crown regarding tributes/tithes all led to the demise of the missions. it is a phenomenal experience to go see these sites--you are so isolated within our current landscape yet there was obviously so much activity here at one time. tammie's ranch is just over a forested mesa from gran quarai and there were many people living near her place as well, as is evidenced by the metates and some incredible archaeological finds made by her soon-to-be brother-in-law on his land. the way the roads are now it takes over an hour to get to gran quivera from her ranch, but it can't be more than 25 miles away as the crow flies. it would be wonderful to know what type of communication went on between the sites.

very highly recommended by me (and gus). 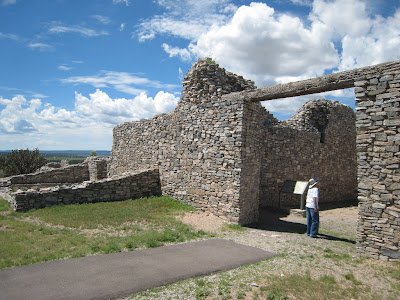 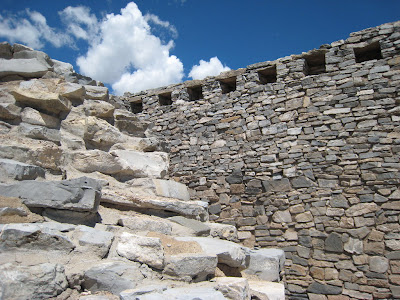 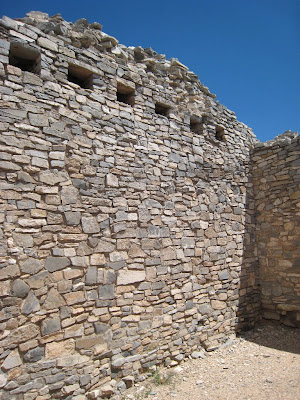 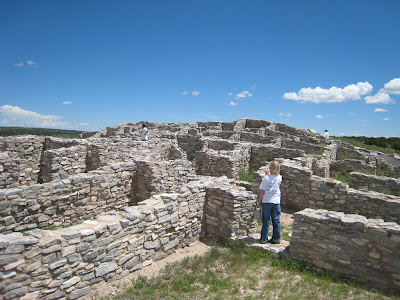 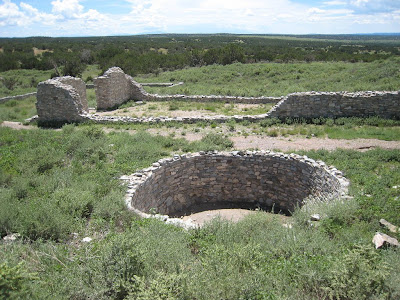 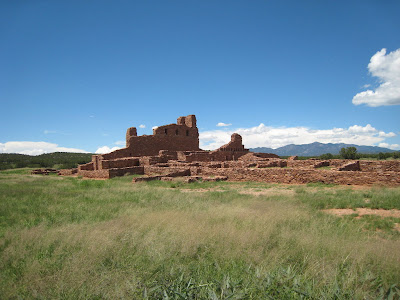 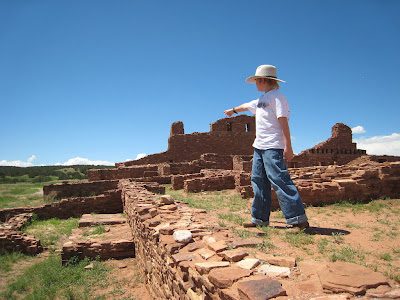 "and over here you got your mission church..." 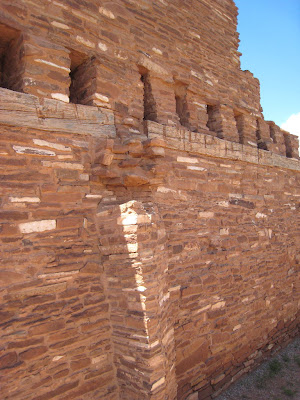 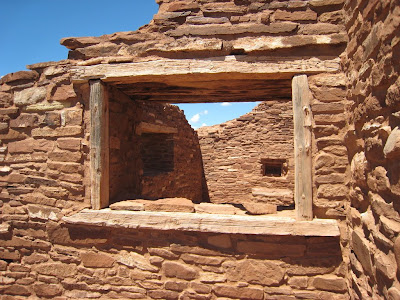 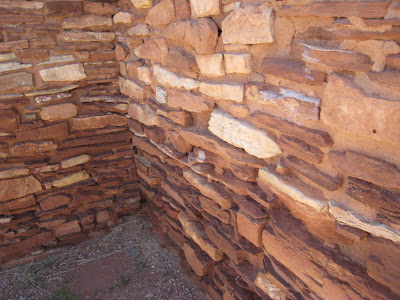 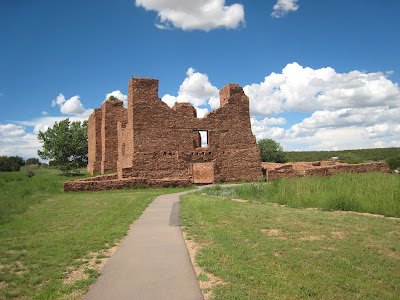 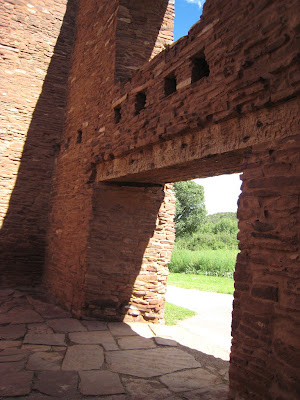 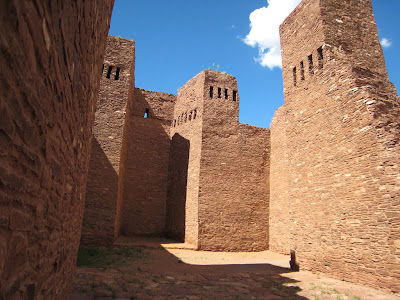 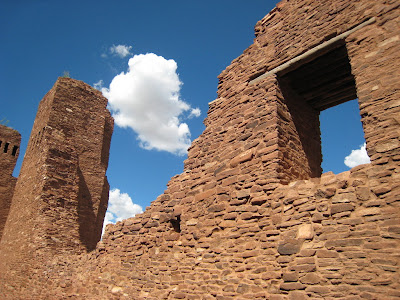 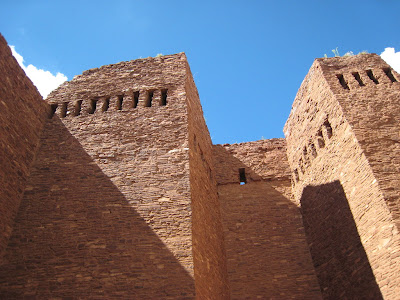 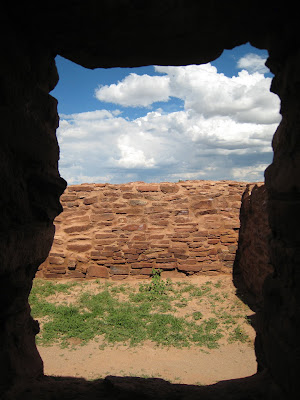 a room with a view at quarai 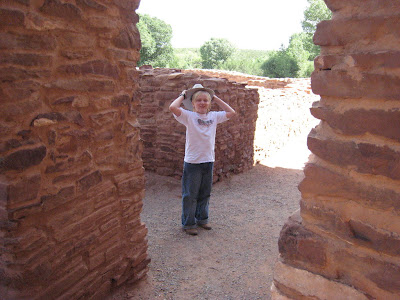 gus running around the maze of rooms at quarai 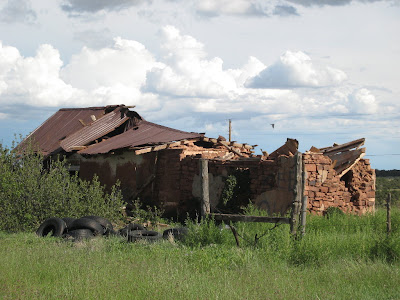 i love how the neighbors stole the bricks to make their houses, like this... 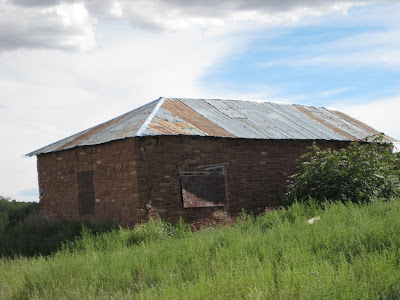 ...and this, and about a half-dozen other structures in punta aqua
Posted by lost in the triangle at 8:12 AM